Home > Seventh District Court > About the Court > Overview
a 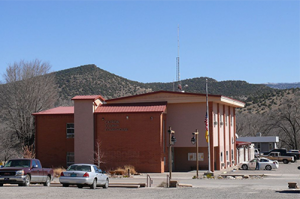 Catron County does not have a resident District Judge. Each of the three Judges in the 7 th Judicial District travel to Catron County to hear cases. 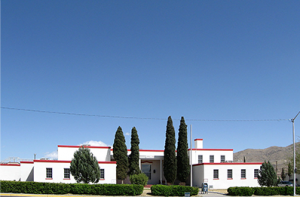 Sierra County is contains of 4,236 square miles, was founded in 1884 and as of the 2010 census had a population of 11,988. The county seat, and the Sierra County District Courthouse, is located in Truth or Consequences, New Mexico. On March 31, 1950, Hot Springs, New Mexico, changed its name to Truth or Consequences as part of a nationally televised game show by that name. The Sierra County District Court building presently used by the Court was constructed in 1939, as a WPA project. In 2009, Sierra County renovated the Court building into its present, more modern configuration.

The Honorable Roscoe A. Woods, the Division II Judge for the 7th Judicial District, has his principal office at the Sierra County Courthouse. The Court has a staff of six Court employees. Sierra County District Court operates an Adult Drug Court program that began in January of 2006 as a volunteer program. In July, 2006 the 7th Judicial District Court received funding to support the program. 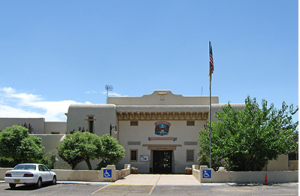 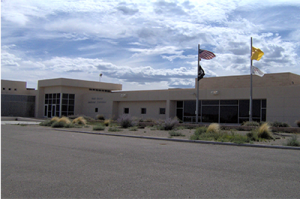 Torrance County is contains 3,346 square miles, was founded in 1903 and as of the 2010 census had a population of 16,383. The county seat, and the Torrance County Courthouse, is located in Estancia, New Mexico.

The principal office for Division III District Judge Kevin R. Sweazea is at the Neil Mertz Judicial Complex along with a staff of seven Court employees. Torrance County District Court operates an Adult Drug Court Program that began in July, 2007.